An artificial-intelligence app that allows users to insert their faces in place of film and TV characters has caused controversy in China. 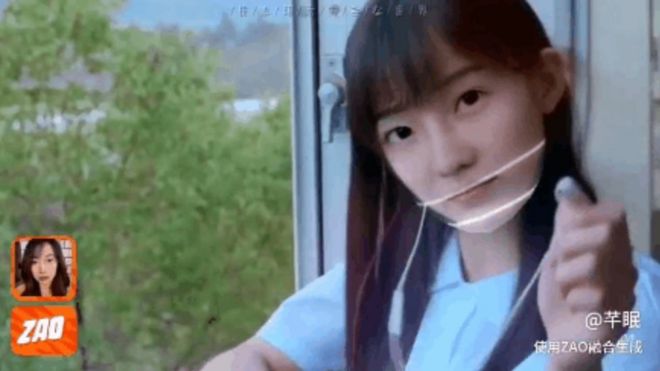 Zao has sparked privacy fears and suggestions it could be used to defeat systems using facial recognition.

It appeared in China on 29 August and has proven wildly popular.

But it has led to developers Momo apologising for its end-user agreement, which stripped users of the rights to their images.

Its popularity has also lead to assurances from Alipay, part of the Chinese web giant Alibaba, saying that it’s impossible for so-called deepfake videos created by the app to be used to cheat its Smile to Pay facial-recognition system.

What’s Zao and why is it so controversial?

Zao is a face-swapping app that uses clips from films and TV shows, convincingly changing a character’s face by using selfies from the user’s phone.

But some users had noted the app’s terms and conditions “gave the developers the global right to permanently use any image created on the app for free”, Hong Kong’s South China Morning Post reported.

“Moreover, the developers had the right to transfer this authorisation to any third party without further permission from the user,” the paper said, adding experts believed this broke Chinese law.

Momo had subsequently deleted the controversial clause and issued an apology, saying its app would not store users’ biometric information nor “excessively collect user information”, Shanghai-based The Paper said.

The app may also be a victim of its own success, with Zao saying, on its Sina Weibo social media account, it had used up a third of its monthly server capacity, budgeted at 7m yuan (£805,000), on its first night.

And the following day, as users complained of a slow service, it said, “with a heavy heart”, servers were at fully capacity.

Could Zao be used to defraud banks?

Alipay, the world’s largest mobile payment platform, with over 870 million users, has assured its users videos created in Zao cannot be used to defraud its systems.

Many Alipay users take advantage of its Smile to Pay system, which allows payment verification by the user looking into a camera at a shop or restaurant’s point-of-sale.

Alibaba, which owns Alipay, says it uses sophisticated anti-spoofing algorithms to make sure it isn’t fooled by still photographs or deepfake videos.

“There is a lot of online face-changing software – but no matter how realistic, it is impossible to break through the facial payment system”, the company said on its Weibo account.

Even before the system attempts to match the face, it detects whether the presented image is a still, video or software simulation.

Momo also moved to calm fears Zao could be used for fraud, clarifying Alipay’s point it only used and adapted still photographs for its deepfake videos.

“The facial payment security threshold is extremely high, and ‘face-changing’ technology realised by only one photo can’t break through the security system,” the developers said.

It was “completely impossible” for deepfakes of this kind to threaten payment security, Momo told The Paper.

And last year, academic Pan Helin told China Daily Alipay’s facial recognition was “theoretically a more secure and convenient method than the conventional use of passwords”.

What’s the reaction been?

Global Times said it was another example of “concerning” AI-powered apps “which could be used maliciously”.

And lawyer Zhang Xinnian told it the laws governing phone apps’ terms and conditions needed to be tightened.

Zao’s initial terms “violated user privacy and once personal information is leaked and abused it could lead to criminal incidents”, he added.

Meanwhile, law professor Zhu Wei told state news agency Xinhua: “People are using a mobile client that involves information about personal identity, property, scan codes and mobile payments and they can’t see exactly what information is obtained by the app, so it is very dangerous.”

A commentary in the Beijing News even asked whether the app could become “a threat to national security”.

With genuine concerns about national and personal security from Zao and future deepfake services, “it is necessary to regulate them as soon as possible with clear legal provisions”, it added.

And The Paper said while Zao’s popularity would be short-lived, its arrival had made it easier for dark actors to take advantage of face-changing technology.

Prince Harry and Meghan will no longer use royal titles

Akon created his own city in Senegal